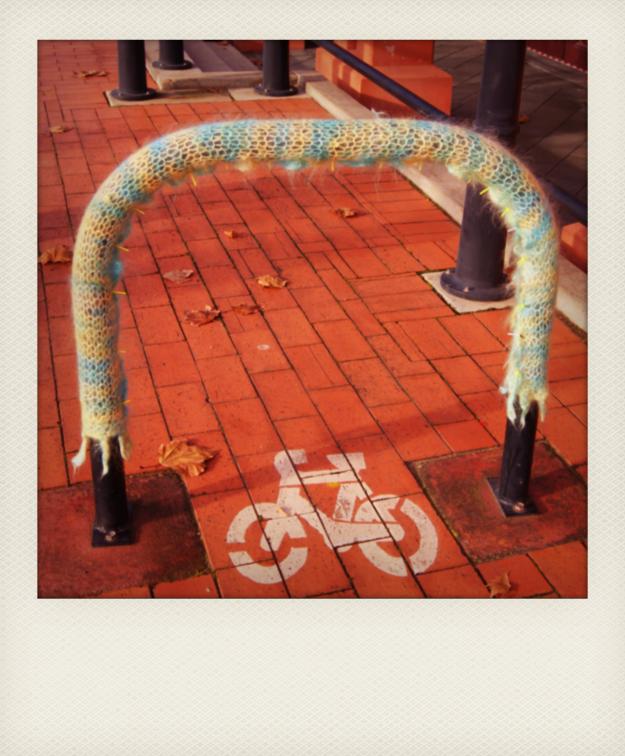 We have been putting up some yarn bombing around the neighbourhood to brighten things up a bit during winter.

Most of our yarn bombing has been met with appreciation however the the knit bombs in the local playground were removed a few days after these photographs were taken.

It’s always important to photograph your work in case the work is vandalised or removed. 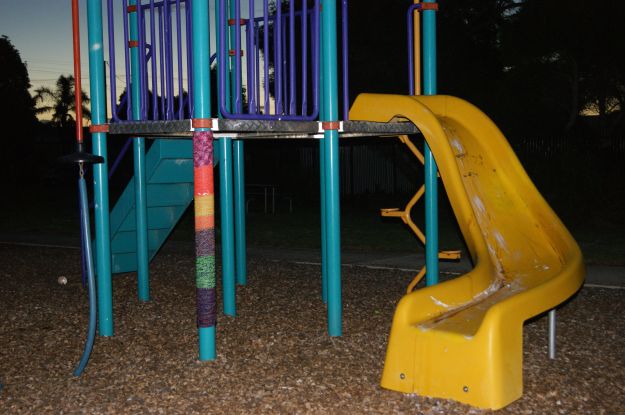 When you are doing public art like yarn bombing you cannot get to attached to the work because it can be tampered with or it could fade in the sun and rain.

However some yarn bombing like the small piece in the tree pictured above lasts and lasts. This piece was done approximately two years ago and the colour is still strong and it has not been removed but it has been stretched a bit.