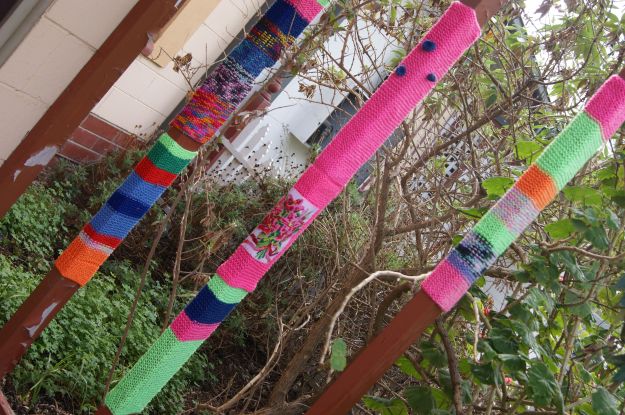 Since I yarn bombed the poles on my front porch, door to door salesmen have stopped knocking on my door, not sure what puts them off, but I’m pleased.

I like to use really bright colours on my yarn bombed poles. I like to knit textured stitches & to sew crochet or tapestry adornments on them. 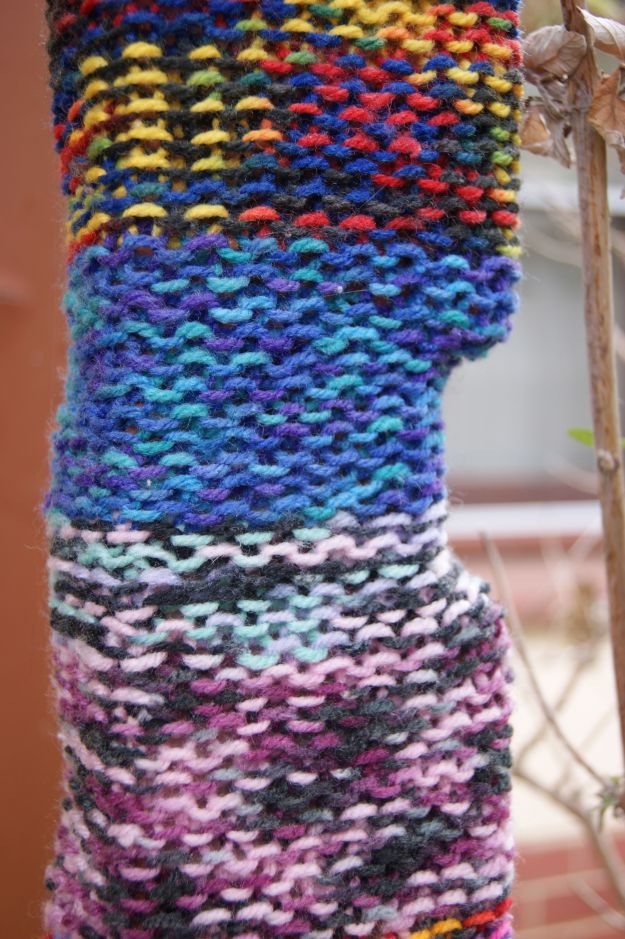 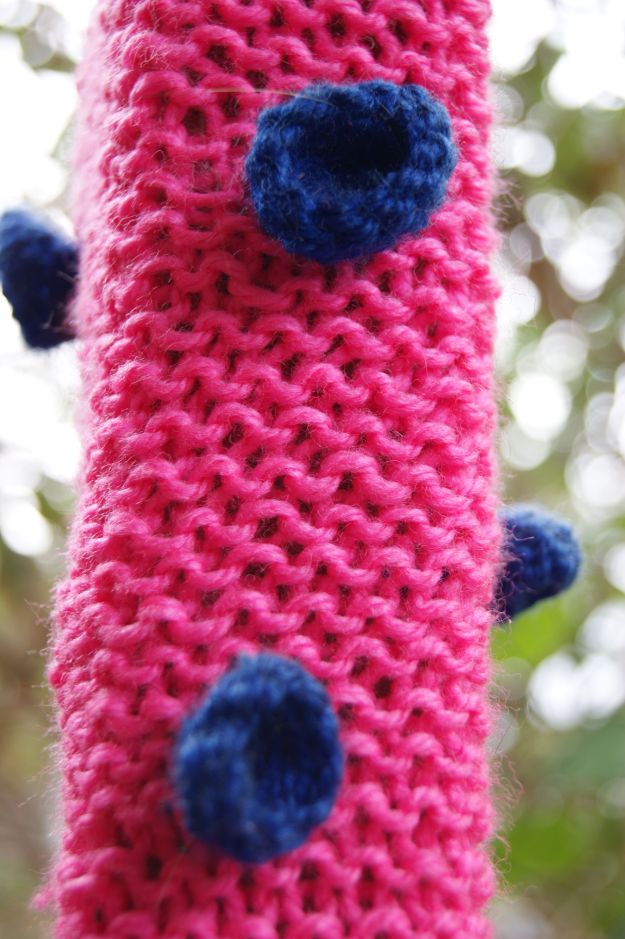 This pink & blue pole is a knit crochet blend.

As long as you use great colours you don’t need to be a great knitter. Craft should be fun.

With the Australian winter coming on I figured it was time to yarn bomb my pink flamingo with a cosy neck warmer.

I took my pink flamingo to the local park for this photo shoot & surprisingly nobody stared at us. 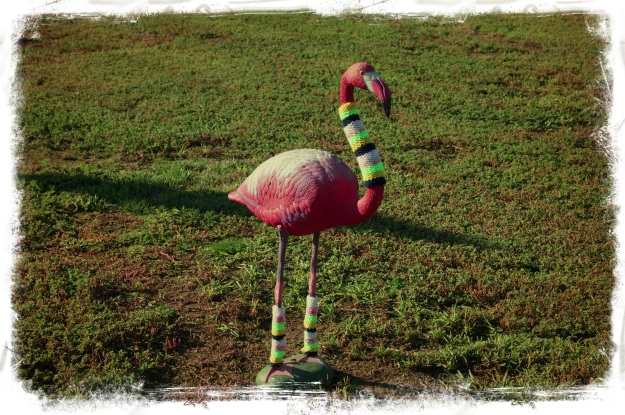 I knitted these leg warmers for my flamingo to match the neck warmer. 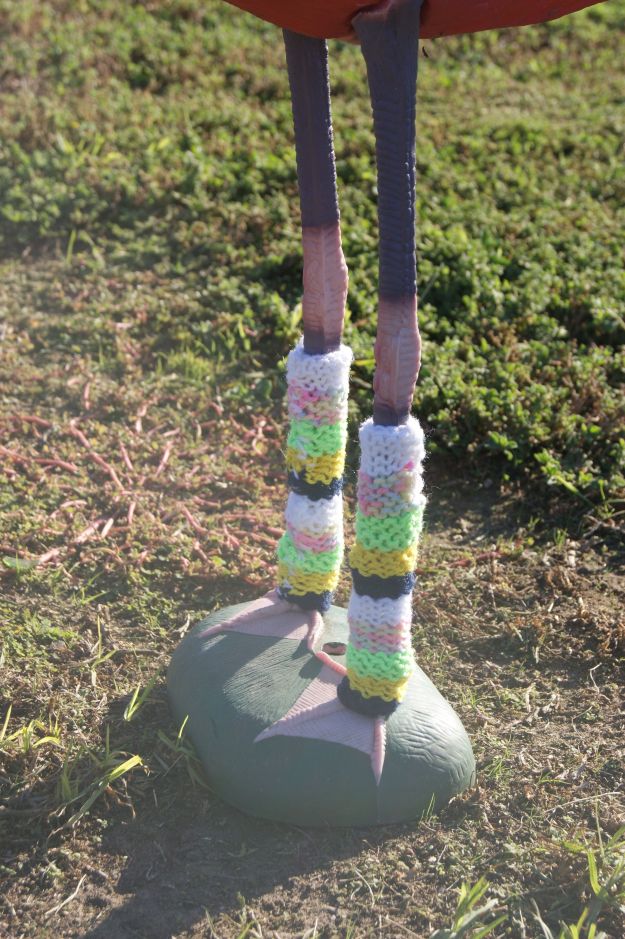 The craft of yarn bombing can take you on interesting journeys.

This yarn bombed bike has appeared in this blog before, but last time we saw it the wheels were on the ground. After this bike had a rocky life in a street art exhibition, survived stolen & returned wheels & stormy weather it has finally found a home in a palm tree. Below is a flashback of pictures from the past life of this plucky little yarn bombed bike.

When the bike was freshly yarn bombed and the yarn was bright & new.

Spotted on display on the caffe strip on Rundle st Adelaide South Australia.

After the wheels were stolen this impassioned message was left with the bike & as a result the wheels were returned although they were quite shabby. The palm tree that suspends this bike is going to be completely covered with yarn bombing so keep your eyes on this space for more photos in the future.

This bike was yarn bombed by my mates at craft club, Sarah-Jane cook, Nunya glazbrook, Branwen Davies, Maureen Cook, Melissa Waters & Me Ilianthe Kalloniatis. Special thanks goes to Nunyas mum for suggesting the wheel spoke design, which was inspired by the bike decorating competition at the Minlaton show when she was a kid.